But the selfie itself is no modern contrivance. It’s older than than the age of social media. Older, in fact, than the invention of photography. Painters have been immortalizing themselves on canvas and panels since cavemen first traced their hands on the wall of a cave in Borneo some 40,000 years ago.

But perhaps no one pioneered the selfie quite like Rembrandt van Rijn, the most famous of the class of painters known as the “Old Masters.” Over his career from the early 1620s to his death in 1669, he is known to have created more than 90 self-portraits. These include full-size paintings, sketches, etchings and several cameo appearances in many of his famous works.

So what gives? Was Rembrandt simply smitten with himself? Or was he using himself as a character study? 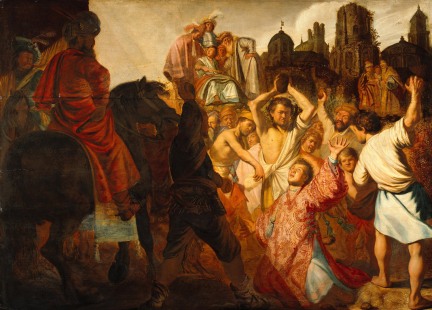 The Stoning of St. Stephen 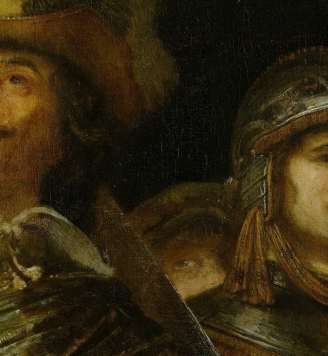 For whatever reasons Rembrandt chose to use himself as his own model over and over again, we are lucky for it. His humanity stares back at us from across more than three hundred years, showing us a little bit about what it means to be alive, to be ambitious, to suffer, to triumph, to feel broken and to be fully human.

2 thoughts on “Rembrandt: The selfie-made man”

No matter how thin you slice it, there are always two sides. – BdS

Just a few people with better things to say or who are saying things better: